California lawmaker Jim Cooper is the new sheriff of Sacramento County, California. For years in the state legislature, he has been the loudest voice on California’s descent into a place where criminal laws have been turned on their heads. Where once, those who found themselves assaulted and robbed were considered the victims, now, those doing the robbing and assaulting have become the “victims.” Cooper watched as a majority of his colleagues passed these laws over the years and he called them out on it every time. And now, California is exactly where he predicted it would be. He joined us during his busy sheriff’s campaign to discuss crime and law in California from his perspective as both a veteran deputy sheriff and a California lawmaker. He and Q talk about housing and homelessness, mental illness and crime, why crime in California is going to get worse before better, and who is to blame. behind it? Cher is waaaaay bigger than you thought! She has been a pop star, fashion icon, Oscar-winning actress, and cultural phenom since the mid-60s but didn't have her biggest number 1 until she was 52 years old! Regrouping in London after being dropped by her label Cher... 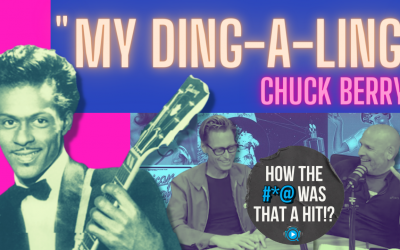 In the summer of 1972, the US was withdrawing forces from Vietnam, there were talks of a mysterious burglary at the Watergate Hotel, the first episode of The Price is Right aired, and for two weeks Chuck Berry's "My Ding-a-Ling" was the number 1 song in America. It...